Sculpting this Earth follows Strijdom van der Merwe, Africa’s foremost land artist, over four consecutive seasons as he makes land art in a striking range of spectacular settings in southern Africa. Starting with land art works made in and around his home base in the university town of Stellenbosch in the Cape winelands, the artist travels to increasingly remote locations to work in the harsh, uninhabited landscapes and vast open spaces of the southern African interior. On pristine lagoon beaches, in the arid semi-desert of the Karoo and high up in the snow-covered mountains, the film shows Strijdom working with materials he finds on the sites to make artworks reflecting on our relationship with the land and the natural world, and connecting with the symbols and motifs from a distant, pre-industrial culture in the non-figurative art engraved in the rocks millennia ago by the inhabitants of this ancient land. 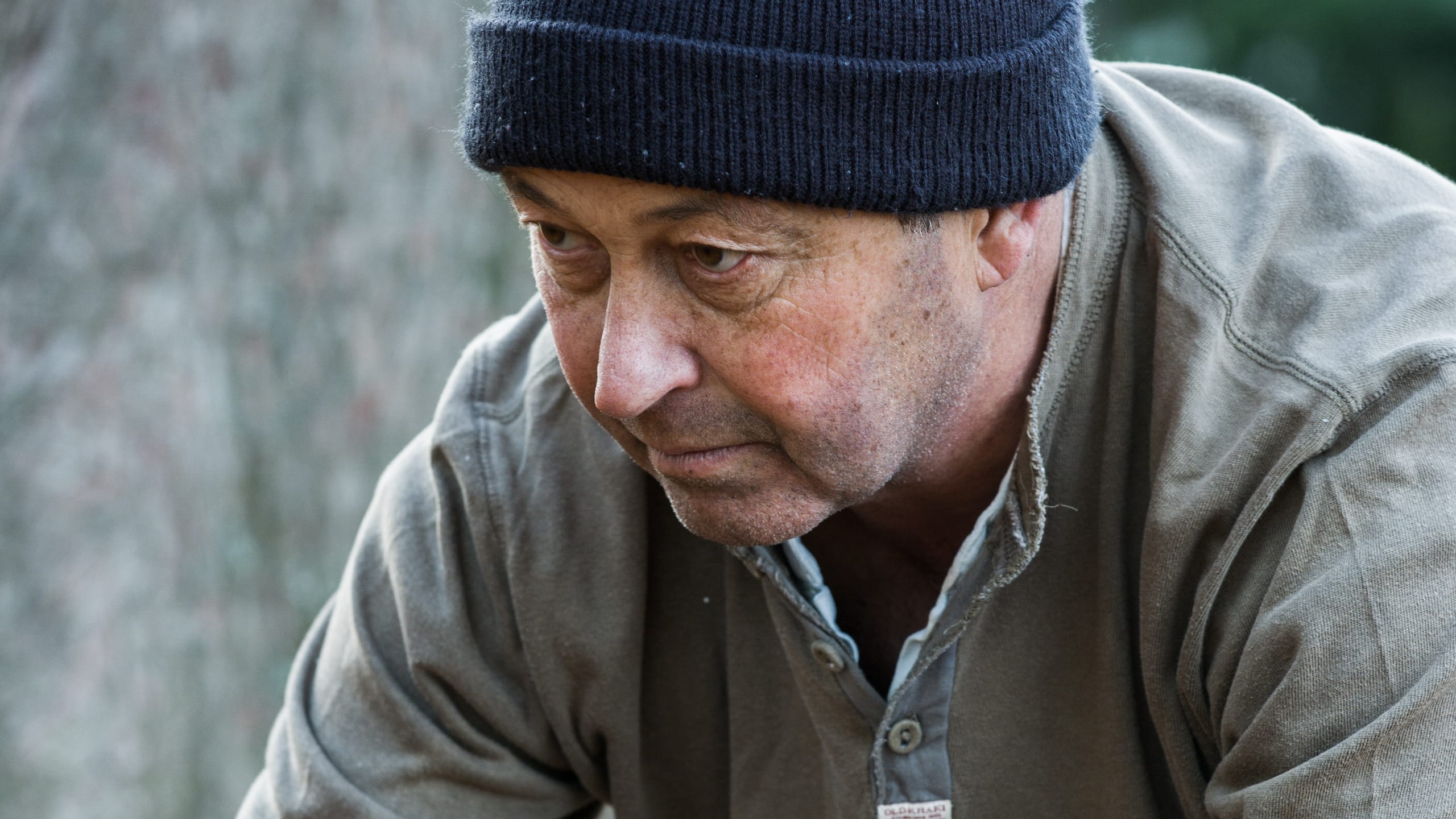 Strijdom van der Merwe was born in 1961 and studied art in South Africa, Netherlands, Czech Republic and United Kingdom, at the University of Stellenbosch, the Hogeschool voor de Kunsten in Utrecht, the Academy of Arts, Architecture and Design in Prague, and the Kent Institute of Art and Design in Canterbury. He works internationally and has made land art works in South Korea, Turkey, Belgium, France, Czech Republic, Namibia, Sweden, Lithuania, Japan, United States, Australia, Germany, Kenya, United Kingdom, Netherlands, Italy, Finland, Malta, Norway, Denmark and Switzerland. His many awards include a medal of honour from the South African Academy for Science and Art, a grant from the Pollock-Krasner Foundation, and a grant from the Prince Claus Fund. His land art is characterised by sensitivity and humility in the face of the scales and cycles of the natural world – the fragile, fleeting artworks reflecting a sense of the ephemerality of human markings on the land, and presenting the viewer with an opportunity to contemplate the nature of human existence on the planet.

More about the film

Principal photography on Sculpting this Earth commenced on 15 December 2020 in the Jonkershoek Valley outside Stellenbosch, and is continuing through the southern-hemisphere summer months of January and February 2021 in the greater Stellenbosch area, moving to Churchhaven on the Langebaan lagoon in the West Coast National Park in late summer. Most of the filming in the autumn season from March to May will be done in the semi-desert Tankwa Karoo, locating to the Matroosberg mountains when snow falls in the midyear winter months. By late winter, shooting moves to Driekopseiland near Kimberley, more than a thousand kilometres from Cape Town and the site of ancient rock engravings, some of which are dated by archaeologists at more than 2,500 years old. In the spring months of September and October shooting returns to the greater Stellenbosch area where it started in the summer. Unusually, the film will broadly follow the shoot order as it depicts the artist’s work over the four consecutive seasons. Post-production, colour-grading and editing can therefore be completed in parallel to the cinematography throughout the year, leaving only the incorporation of the final spring sections and the finishing touches to the whole for the last two months, with release in December 2021. The film is shot in 4K and 6K raw, and will be released in Ultra HD 4K, with a 16:9 aspect ratio. While land art has been around since the 1960s and is today practised around the world, it was pioneered mainly in north America with the seminal works of Robert Smithson, Nancy Holt and Michael Heizer, and two of its best known current exponents are the British artists Richard Long and Andy Goldsworthy. Sculpting this Earth will be the latest addition to only a handful of feature-length films about land art, and the first from the southern hemisphere. 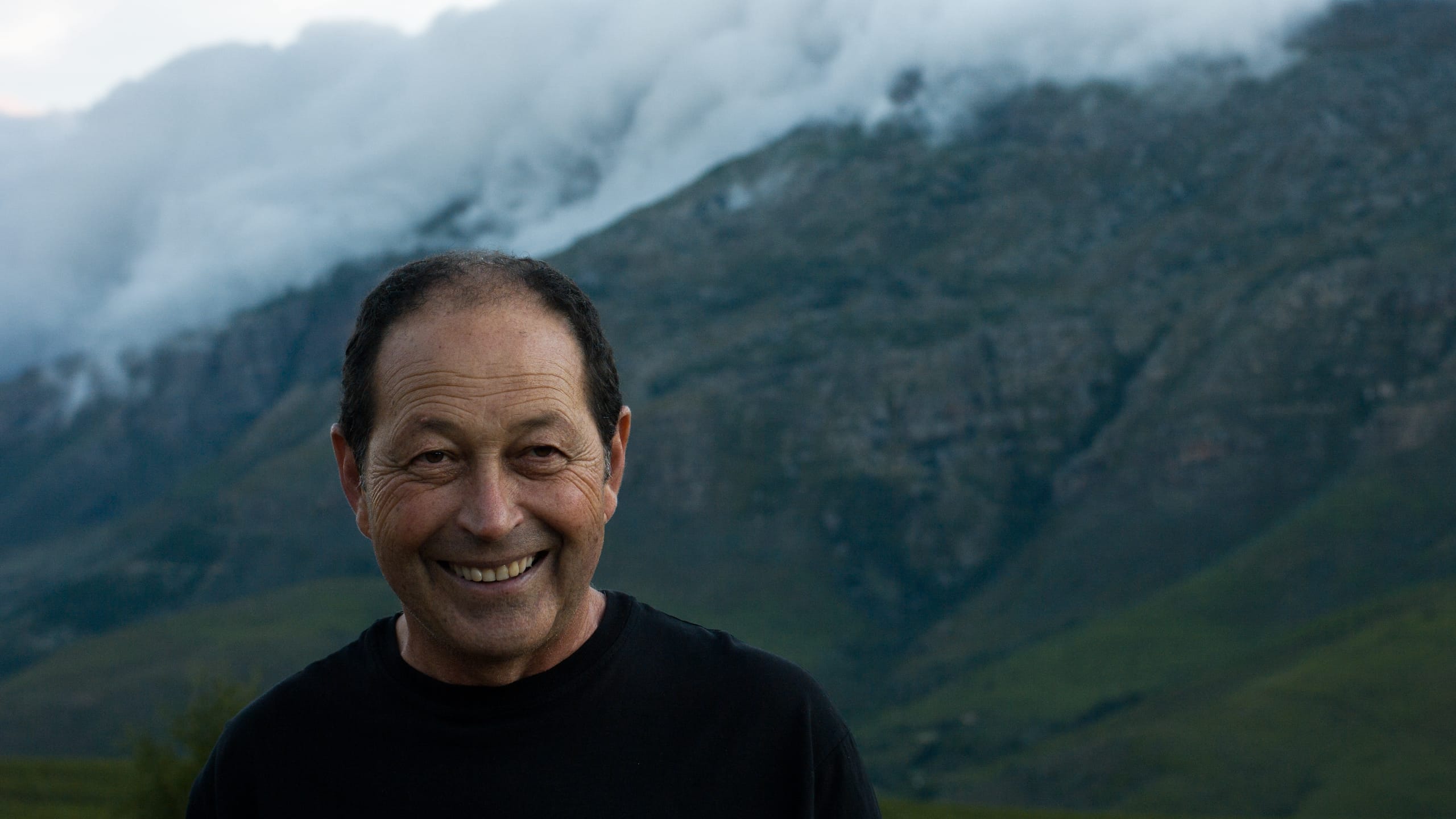 The title of the film echoes the titles of the artist’s two books Sculpting the Land (2005) and Sculpting the Earth (2011). An aspect of the meaning of the inflection to ‘this earth’ in the film title is a reference to this southern African earth, with the subtext that Strijdom is prolific internationally but the film limits itself to his art practice in the part of the world where he lives, where he is rooted, to which he has particular personal, emotional and artistic connections, and which also happens to be a land rich in ancient markings in the landscape left by its early human inhabitants. Land art is said to have been spurred in the 1960s by the first images of the planet as a sphere in space, which triggered the sense of earth as an object or substrate on which art could be made. For some, ‘this earth’ in the title will evoke also the sense of the fragility of the earth in the face of environmental degradation and climate change. And the contrasting, darker connotation to the title is the very different sculpting of the earth of which we are all part, all of us living off the benefits of a global civilisation of agriculture, extraction and industry on a vast and unprecedented scale, the planetary implications of which are only now beginning to dawn on us. It is against this background that the art in Sculpting this Earth quietly speaks of a different relationship with the land, the possibility of another kind of human existence on the planet.

Sculpting this Earth director Victor van Aswegen is a Cape Town-based filmmaker with a background, successively, in law, economics, development, finance, private equity, consultancy, and business analytics. As filmmaker and founder-owner of CineSouth Studios, he works principally as director and producer, running the creative process from first concept to final output. Applying the cinematographic tools of Moving Image Technologies, the digital film production and post-production facility he founded and owns, he does the cinematography, post-production and editing on his films himself. His films to date have dealt with the nature of complex systems, the traumatic experience of people forcibly displaced by conflict and persecution, the parallel arcs of urbanisation and the human life cycle from childhood to parenthood, and an urban resilience stress event in the form of the 2017-2018 Cape Town water crisis. Victor holds a law degree and two postgraduate degrees in economics from South African universities, including a cum laude Masters in mathematical microeconomics from Stellenbosch University, and an MPhil Economics and Politics of Development from the University of Cambridge, completed with a scholarship won upon being selected as the best student of economics in South Africa. He has made two films about artists and their work: Máquina do Mundo (2017), a conversation with Paris-based artist Katja Gentric, and Displaced (2020), a retrospective of the oeuvre of South African artist Emma Willemse.